The subject Computational Linguistics represents an interdisciplinary connection from the subjects General Linguistics and Computer Science and deals with the simulation of human speech ability in computer-based models. It includes the implementation of language processing systems in different application scenarios.

The students of the BA in Computational Linguistics acquire long-term basic scientific qualifications aimed at systematic critical knowledge acquisition and knowledge progress, which establish a first general scientifically sound professional qualification in the field of Computational Linguistics. The students should learn to deal with computer linguistic issues properly and scientifically.

In general, the graduates have the qualifications to be able to program solutions in general, so that they are attractive for every type of IT company. You have practical work experience in the company with and without programming. Beyond the purely computational linguistic perspective, the graduates have a good knowledge of the main fields of general linguistics, ie morphology, syntax and semantics, so that they also have appropriate expertise outside of computational linguistic implementation. The same applies to the above-mentioned passive and active handling of literature in the general scientific field, in particular shorter texts can be written on an academic level. Graduates are also able to collect, process and evaluate statistical data in general.

Computational Linguistics is an interdisciplinary combination of the subjects General Linguistics and Computer Science and is concerned with the simulation of human language production in computer-based models. It includes the implementation of language processing systems in various application scenarios.

The job prospects after graduation are varied. Our graduates are successful in small software companies or publishers as well as in research departments of large companies. Those who are more interested in further academic work can do so in the Master's program. Many of the students already work as academic assistants in current research projects during their studies. 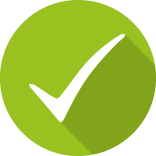